"Sam is a brilliant scholar and writer and an engaging, accessible speaker. He makes architectural history interesting with beautiful images and well-researched anecdotes. Following his sell-out lecture on New York synagogue architecture at New York’s Temple Emanu-El we received great feedback from our diverse audience of 300, including historians, preservationists, board members, donors, clergy of several faith traditions, Jews and non-Jews." 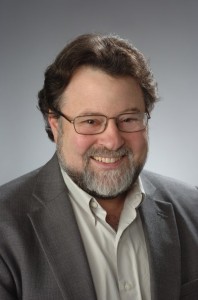 Dr. Samuel D. Gruber is an internationally recognized art and architectural historian. For 25 years he has been a leader in the protection and preservation of synagogues, Jewish cemeteries and other historic sites around the world. He is an authority on American synagogue architecture, Jewish art, and the Jewish cemeteries and synagogues of Eastern Europe. Since 1994 he has regularly taught courses in Jewish art at Syracuse University and elsewhere.

Spend an entire Friday-Sunday weekend learning about Jewish art and architecture, including synagogue art and architecture and Jewish artists of the 19th to 21th centuries. Dr. Gruber offers an introduction to a wide range of topics from past and present. Weekends include a mix of three to six presentations during a Friday-Sunday weekend in the form of public lectures, classes and workshops built around a single main topic, or a selection of topics.

The Art and Architecture of the Synagogue

The Holocaust, Memory and the Visual Arts

Choose any of Dr. Gruber’s topics for an individual lecture or focus on one of the topics for a 2 hour, half-day, or full day workshop. Also, work with Dr. Gruber to present the history, art and architecture of your synagogue.