"Sam Gruber is a captivating speaker whose wealth of knowledge about Jewish architectural sites is unparalleled. His lectures are learned, stimulating, and provide rich visual documentation of important trends in the Jewish built environment."

— Prof. Gavriel Rosenfeld, Professor of History and Director of the Undergraduate Program in Judaic Studies at Fairfield University 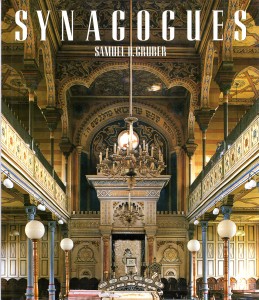 SAMUEL D. GRUBER, Ph.D, accomplished researcher, author, curator and consultant, is the founder and managing director of Gruber Heritage Global (GHG) - a cultural resources consulting firm. Dr. Gruber has taught in the Jewish Studies Program at Syracuse University since 1994 and has given courses at Binghamton, Colgate, Columbia, Cornell and Temple Universities and LeMoyne College where he has taught about medieval, Renaissance, Baroque and Jewish art and architecture; Holocaust art and memory; and the history of plastics.

For more than twenty years he has been a leader in the documentation, protection, preservation and presentation of Jewish cultural heritage sites around the world. He was written two books about synagogue architecture; American Synagogues: A Century of Architecture and Jewish Community (2003) and Synagogues (1999), and has contributed numerous chapters, articles and conference papers to other publications. For many years he edited the newsletter Jewish Heritage Report and since 2008 he has written a popular blog "Samuel Gruber's Jewish Art and Monuments." 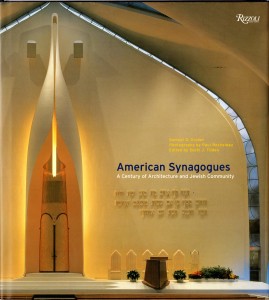 In 1990, he organized the first international conference on the preservation of historic and cultural Jewish sites and curated an accompanying exhibition, "The Future of Jewish Monuments." Subsequently he either chaired or served on the organizing committees for follow-up conferences in Paris (1999), Prague (2004) and Bratislava (2009). In April 2013 he was the keynote speaker at the conference "Managing Immovable Jewish Heritage in Europe" in Krakow, Poland. He is a frequent national and international lecturer and has led intensive international study trips in Italy, Poland and Morocco.

Dr. Gruber served for a decade as Research Director of the U.S. Commission for the Preservation of America's Heritage Abroad (1998-2008), for which he planned and supervised more than a dozen major countrywide surveys of cultural heritage sites of ethnic and religious minorities for which he wrote and/or edited published reports. As founding director of the Jewish Heritage Council of the World Monuments Fund (WMF), and subsequently as consultant to WMF (1988-1996), he planned and oversaw historic preservation projects in over a dozen countries, including major documentation, planning and restoration projects. Completed projects include the Tempel Synagogue in Krakow, Poland; the Etz Hayyim Synagogue in Hania (Crete), Greece; and synagogues in Mad, Hungary; Plovdiv, Bulgaria; Pfaffenhoffen, France; and elsewhere. 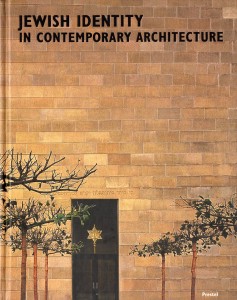 Dr. Gruber has a B.A, in Medieval Studies from Princeton University, and M.A, M.Phil. and Ph.D. Degrees from Columbia University in Art History and Archeology; with a specialization in the history of architecture. He is a Rome Prize winner and Fellow of the American Academy of Rome, and has received numerous research grants and has participated in many grant-funded team projects.

Sam Gruber lives in Syracuse, NY where he is an active member of Temple Concord, where he has served on the Facilities Committee for more than fifteen years and co-chaired the synagogue's building centennial celebrations in 2010-11. In Syracuse, he is past president of the Preservation Association of Central New York (PACNY) and is active in local art, history, and architecture efforts.