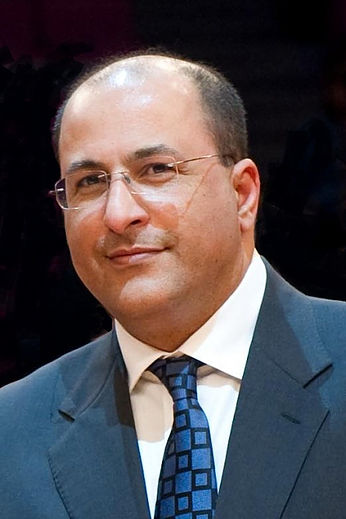 Ambassador Ido Aharoni serves as Global Distinguished Professor for international relations at New York University’s Graduate School of Art and Science. He is a member of the International Advisory Council of APCO Worldwide, founder of Emerson Rigby, an Israel-based full-service consultancy, Chairman of the Charney Forum for New Diplomacy and Global Ambassador for Maccabi World Union.

Ambassador Aharoni is a 25-year veteran of Israel’s Foreign service. He is a public diplomacy specialist, founder of the Brand Israel program, and a well-known nation branding practitioner.

Ambassador Aharoni was Israel’s longest serving Consul-General in New York and the tri-state area to date. He held that position for six years, overseeing the operations of Israel’s largest diplomatic mission worldwide.

Israel
Israel’s Political System in the Age of Coronavirus
Israel’s parliamentarian democracy is facing an unprecedented dual-challenge: an historically complex and prolonged political deadlock coupled with the need to manage a first-of-its-kind health crisis. What are the solutions and how can Israel’s uniquely vibrant democracy cope with both? In this presentation Ambassador Aharoni will address the unique characteristics of Israel’s system, pointing to both its advantages and disadvantages trying to answer the question of what will happen in the foreseeable future.

Israel the “Can-Do Nation”
Israel represents a unique cultural, social and economic phenomenon: a nation of problem-solvers that has given the world some of its most exciting solutions and inspirations. In this presentation, Ambassador Aharoni will explore the unique characteristics that have turned Israel into the “Can-Do Nation.”

Brand Israel
Ambassador Aharoni is known for introducing marketing tools to the practice of diplomacy. Looking at places as brands was part of this innovative approach. In this lecture, Ambassador Aharoni will take you through the various stages of the process that has improved Israel’s positioning in the world.

The Anti-Israel Movement: Threats and Opportunities
What are the origins of the anti-Israel movement on campus? What are its long-term goals and how should people who truly care about democracy be concerned with it? Ambassador Aharoni, who has lectured at over 100 universities in North America, will propose a solution to the problem.

David Ben Gurion: A Modern Day Moses?
Born in 1886 in Plonsk, Poland as David Gruen, his arrival to Palestine in 1906 changed the course of the history of the Zionist movement and the Jewish people. Many people have greatly contributed to the Zionist enterprise, but none was more critical to its success than David Ben Gurion, Israel’s first Prime Minister. In this presentation Ambassador Aharoni will explore the history of the man who changed our lives.

Diplomacy Disrupted and the Rise of New Diplomacy
The core practice of career-diplomacy is perhaps the most disrupted field but hardly any research has been done on it. Ambassador Aharoni, a 25-year veteran of Israel’s Foreign Service, will explore the dramatic changes that diplomacy and policymaking have undergone as a result of the technological revolution.

Special Relations: The Story of Israel and the USA
Israel and the United States have established a relationship like no other pair of nations. Common interests—democracy, capitalism, civil liberties, counter-terrorism—form the basis of the unshakeable bond between them. In this special lecture, Ambassador Aharoni will review the history of U.S.-Israeli relations, areas of agreement and discord, and project into the 21st century the challenges and opportunities that confront the special alliance.

Israel and the Middle East
In 1860 was the re-birth of organized Jewish life in the Land of Israel. In that year the Jews built Yemin-Moshe, the first neighborhood outside of the walls of the old city of Jerusalem. This class will provide an historical overview of the Zionist enterprise in the Land of Israel, the creation of the modern State of Israel, Israel’s wars with its neighbors and the central place of Israel’s conflict with the Palestinians.

The Israeli-Palestinian Political Process
Ambassador Aharoni, who served as a member of Israel’s team to the negotiations with the Palestinians in 1993-94, will provide an overview of the peace talks from their early beginnings until today.