“Having shared podiums with him on numerous occasions, in various places around the world, I can attest to his rhetorical talents, and ability to perfectly suit his presentation to each and every audience." 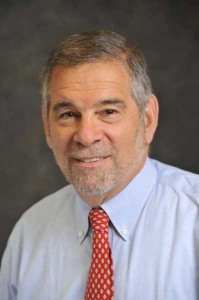 DR. MICHAEL BERENBAUM is the Director of the Sigi Ziering Institute: Exploring the Ethical and Religious Implications of the Holocaust and a Professor of Jewish Studies at American Jewish University in Los Angeles. In the past, he was Project Director overseeing the creation of the United States Holocaust Memorial Museum and the first director of its Research Institute, and was President and CEO of The Survivors of the Shoah Visual History Foundation. He has taught at Georgetown, Wesleyan, Claremont-McKenna and Yale among other distinguished Universities. The author and editor of 20 books, he was also Managing Editor of the Second Edition of the Encyclopaedia Judaica, a 22-volume, 16 million word work that won the Dartmouth Medal of the American Library Association as the best reference work of the year.

In addition to his teaching and work at the United States Holocaust Memorial Museum, Berenbaum has developed Museums in the United States, Mexico, Macedonia and Poland. He is currently working on Museums in Dallas and Houston as well as a travelling exhibition on Auschwitz that will tour European and Latin American countries. He has just completed work on an exhibition at the National Underground Railroad Freedom Center in Cincinnati that opened to coincide with the 70th anniversary of the liberation of Auschwitz. He is also developing the content for interactive programs and an expanded website for the Holocaust Memorial Miami Beach and leading the development of an interactive online Holocaust and Jewish Identity curriculum with the Coalition for Initiatives in Jewish Education and the USC Shoah Foundation Institute.

His work in film includes being the Executive Producer, Historical Advisor, Consultant, Interviewee and Producer to more than 20 films including three that have won Academy Awards and many that have won Emmys. Among these films are: