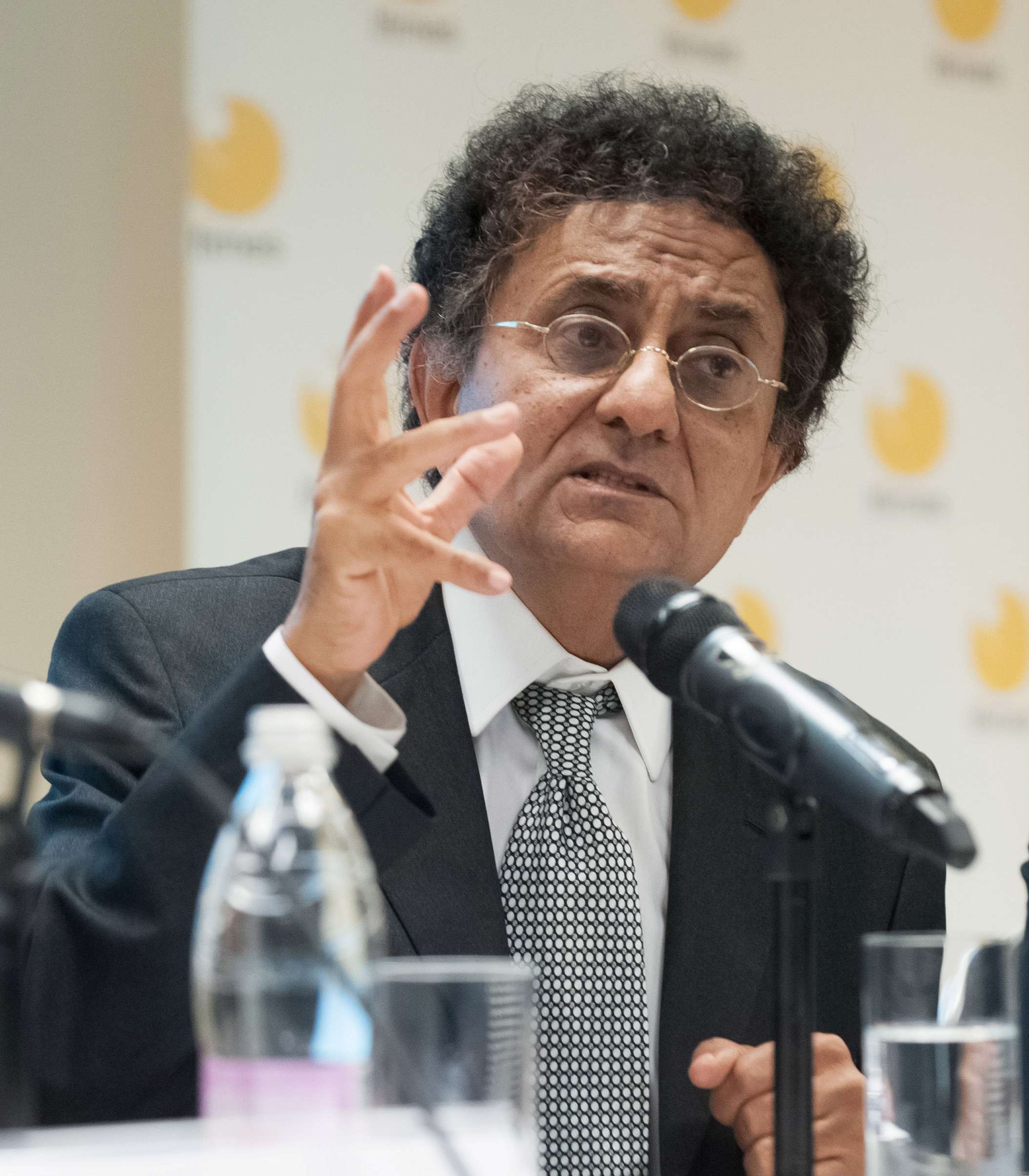 Ben-Dror Yemini is a researcher, journalist and a lecturer. Born in Tel-Aviv, Israel, he studied Humanities and History, and later law, at Tel Aviv University. After a short term in the public service (as the advisor of the Minister of Immigration and the spokesman of the Ministry), Yemini began his career as a journalist and essayist.

In 1986 Yemini published the book “Political Punch” which deals in a critical way with politics and society in Israel. In 2003 he became the opinion-editor of the daily newspaper Maariv and also published many articles and essays in other journals. Before the 2013 election Yemini was asked by Tzipi Livni to join her new party, “The Movement” and to become a Knesset member. Yemini declined, and decided to keep his occupation as a researcher and a journalist. In 2014 Yemini moved from Maariv to Yedioth Aharonot.

In recent years Yemini has been one of the leading commentators about political issues. He is perceived as one of the most reliable and objective journalists, and he doesn’t show bias towards any political position.

In 2014, Yemini published his book, “INDUSTRY OF LIES”, that soon became a best-seller. In 2017 the book was published in English and received great reviews by many scholars. Yemini has researched and published many articles about “alternative facts” – the endless false publications against the State of Israel and its Jewish character. Yemini researched thoroughly the two main bodies of information, media and academia, concerning the Israeli-Arab conflict in which he examined the issues of genocide, refugees, human rights violations, the status of Israeli Arabs, Multiculturalism, and the status of women.

According to Yemini, “the modern Anti-Zionism is a politically correct Anti-Semitism”. He argued that the same way Jews were demonized, the Jewish state is demonized; the same way the right of Jews to exist was denied, the right for Self-determination is denied from Israel; the same way Jews were presented as a menace to the world, the Jewish state is presented as a menace to the world. In his comparative studies, he presents the huge gap between the myths against Israel, on the one hand, and the real facts, on the other hand.

Yemini supports the Two-state solution and opposes the expansion of the settlements in the West Bank. He argues that the extreme right and the extreme left lead to the same goal of a One-state solution. His articles concerning the Israeli-Arab conflict and his comparative studies led him to become the most translated Israeli journalist and a widely-invited speaker about Israeli politics and the peace process.

Ben-Dror Yemini resides in Israel but comes to the U.S. frequently.

The Industry of Lies: Myths & Facts about the Israeli-Arab conflict

The Israeli-Arab conflict is the most covered conflict in Media and Academia. The problem is that too many media people, scholars and activists don’t criticize Israel. To criticize is legitimate. To lie and to demonize isn’t legitimate. When Israel is defined as an apartheid state, when scholars say that Israel commits a genocide, when activists claim that Israel kills intentionally innocent civilians – it’s a lie. When the NAKBA is presented by scholars as “one of the biggest crimes of modern history”, Yemini proves that this claim is a manipulation. In his lecture, Yemini presents the main propaganda claims against Israel, and refutes them by facts. The lecture isn’t political but mainly factual.

BDS: The Victory of Ignorance

BDS isn’t an organization; it’s a school of mind. It isn’t about human rights. It’s about destruction. It’s about the denial of one people’s right for self determination. The very same way Jews were demonized in the old days, the Jewish state is demonized today. Anti-Zionism became the politically correct anti-Semitism. Yemini, in his presentation, doesn’t only present the lies, he mainly refutes the lies, with facts. He demonstrates how the BDS is prevailing, mainly because most of its supporters are not familiar with basic facts and history. It has nothing to do with criticism against Israel’s policies. Criticism is legitimate, and Israelis do it probably more than any other nation on earth. It’s about misinformation, disinformation and incorrect information.

A century ago a young woman with her three children, forced to flee in haste from Yemen. Her husband died, and her children were to be taken by force by the authorities to force them to Islam. This was in accordance with “orphans decree” that was imposed in those years in Yemen. That woman was my grandmother. She did not know she was a refugee. She did not know that exactly in those years millions were forced to leave their home districts. Those were the days of the collapse of empires. It led to the creation of nation-states. Minorities became unwanted. Expulsion of populations on a grand scale took place in those years. This happened mostly after World War I and World War II. Among the tens of millions were also Arabs and Jews. This is the background to the “Palestinian Nakba”, just as it is the background to the “Jewish Nakba”.

Israel is blamed, again and again, for consistent violations of human rights, war crimes and crimes against humanity. The highlight was Goldstone’s report, that was published after Cast Lead Operation (2008-2009). Did Israel really killed more innocent civilians, disproportionately, comparing to other battlefields? Nobody ever defined what is a “proportional response”. Yemini presents a comparative study about battlefields from the last 2 decades. In addition, Yemini presents the real nature of the Israeli control over the Palestinians since 1967. What happened to them in the most objective parameters as Infants mortality, life expectancy, education and so on. The outcome is an unbelievable gap between propaganda and reality.