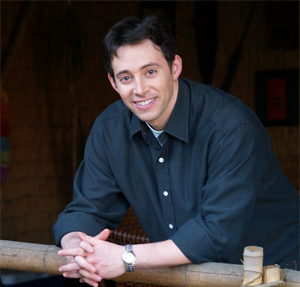 Few comedians are better at entertaining at a Jewish function than Avi Liberman. Aside from the vast content he has pertaining to Jewish life, he is also Israeli which allows him to do much comedy material with Israel content. Having performed at synagogue, Federation, JCC, and Hadassah events throughout the US, and, as the creator of the Comedy for Koby sold-out performances in Israel, Avi is a perfect fit for any event relating to Israel. The documentary made about Liberman and Comedy for Koby has recently had its World Premiere and will soon be seen widely.

A trailer of this documentary, Land of Milk and Funny:

A 45-60 minute comedy show about Israel – its joys, its quirks, and its foibles. A fifteen minute talk-back session may be added featuring reflections on “Why would a nice Jewish boy become a comedian?”

What’s An Observant Jew Doing Working as a Stand-up Comic? (Why aren’t you in law or med school!?)

Reflections on my first TV appearance on the day we commemorate the destruction of the Temple.

Performing for the troops in Iraq and Afghanistan: How I got kosher food at Camp Pegasus

Here is a sample of Avi’s take on Israel: